Is the effort worth the payoff?

Training ride up Crystal Mt and the Palisades.

I’ve spent the last 6 months training for three key events that would all happen within a month’s time: the Capitol Forest 100 (100 mile mt bike race near Olympia, WA), the High Cascade 100 (another 100 mile mt bike race in Bend, OR), and RAMROD (a 150 mile road Ride Around Mount Rainier in One Day). In the past 6 months, I’ve spent over 225 hours in the saddle plus countless more doing core and mobility workouts, in order to prepare for these three key events that took me just over 30 hours total to complete. To any professional athlete, that’s a tiny drop in the bucket, but considering I choose to pursue this as a hobby outside of a full time job, I think it’s a respectable feat, no?

This analogy may only resonate with a few of you, but if you’ve ever prepared a Thanksgiving meal (or seen one prepared), think of the numerous hours and even days spent dicing and sautéing and baking and basting, only to see your guests reaching a state of gluttony in 60 minutes or less. Worth it? Yeah, I’d say so.

“It’s the journey, not the destination,” right?? Bullocks, I say to that! Who doesn’t love digging their spoon into a whip cream topped pumpkin pie. And I certainly don’t drop $250 on a mountain bike race not to complete it!

Here are some highlights from these three events. It’s hard to get a lot of good photos…after all, who really wants to spend their day off following you around for 10 hours and 100 miles??? Right, no one. (Except Jared, who was my sole support during my 2014 Leadville 100 MTB race. I still owe him one for that.)

I left my house at 3:30am that morning, to make the 6:00am start. Just as I rolled into the venue, the skies blew up in color, which I deemed to be a good luck sign. We were a small group in total. Only 3 women and fewer than 30 men. Maybe not the brightest bunch….

The most challenging parts included a mind and ass numbing 8 mile fire road climb that hit at mile 27 then again at mile 77, and then the last 10 miles of each lap were within earshot of the start/finish line, but included morale draining punchy steep climbs. The rippin’ downhills made up for it all though. And I think that’s how I made up time to nab second place. I used a dropper seat post on the Marin Rift Zone, which made riding down the techy descents so much fun and fast! 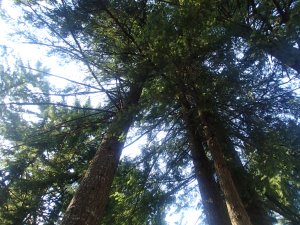 Post race: the only effort I could muster was to lay there and look up at the tree canopy 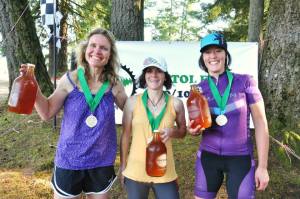 What a race! It’s a 100 mile, single loop course, hitting many of Bend’s finest trails. 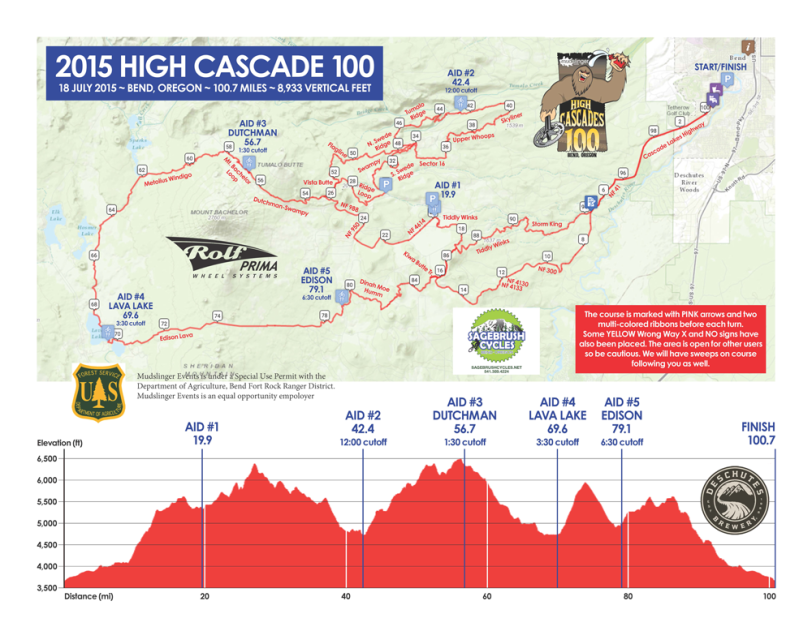 See that seemingly tiny little spike on the course profile above, after the Lava Lake aid station?? Well, that’s when the real soul searching happens. It looks benign in comparison to the rest of it, but that pitch is so steep and sandy, that you spend most of that time just pushing your bike up punishing terrain. At about mile 75, it’s absolutely grueling. When the slope finally turned downward, I was so elated and I was eager to make up time in the descent. But I was careless amidst the sharp black lava rocks jutting through the loose sand…and I got a flat. My legs were already cooked, but then coming to a dead stop to fix the flat totally worked them and me over. I never found my rhythm again after that. I did enjoy flying down Tiddlywinks, but then that was followed by an anticlimactic final stretch on the road with a headwind. Ouch. Put a fork in me. 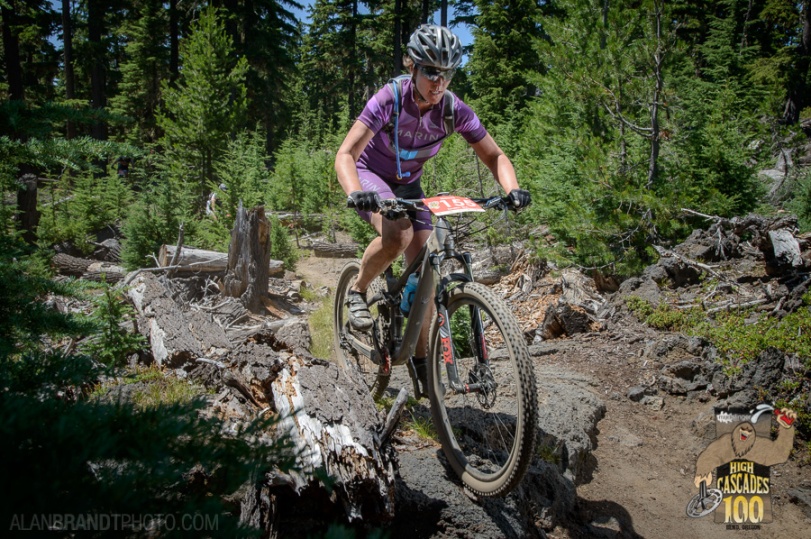 Jared, usually my race support, took this one on. He killed it, with a final time of 9 hrs 30 minutes. He even beat Rebecca Rusch….

Do you see a theme with these growlers?? So, now I own at least 6 of them….

So, you’ve heard about “rest weeks” and “tapering” before an event. Well, I threw that advice out the window! I couldn’t help myself, so 8 days after the HC100 and 4 days before RAMROD, Jared and I entered an 8 hour mountain bike race, where we’d ride in a relay format. Each lap was about 7 miles and 800ft. I did 6 in total; Jared did 7. We came in a solid second, and won a meal from the Vietnom Nom food truck. A fine prize indeed! (First place got brownies too.)

We were Team “Marin Bikes and The Mechanic.”

I joined a group of REI employees to take on this ride as a fundraiser for Washington’s National Park Fund and their search and rescue efforts. The money raised is going towards the reconstruction of the park’s helibase as well as the ongoing training for the rangers and SAR volunteers. 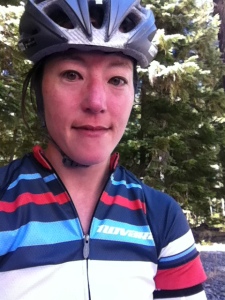 I had never ridden my road bike for this distance or amount of time before, and that proved a huge mistake. Having done so many long mountain bike rides and races, my fitness and strength were in good form. I got up the climbs to Inspiration Point and Cayuse Pass in stride, passing many riders along the way. However, my road bike set up wasn’t dialed in quite right, so in the last 20 miles of the ride, my left knee in particular was killing me (and the right was achey). It was excruciating. I couldn’t stay with the pack of REI riders, so I lost the benefit of the draft. I stopped pedaling anytime I could coast, and if I had to pedal, I tried to with just my right leg. After a long, lonely hour, I finally reached the finish line. 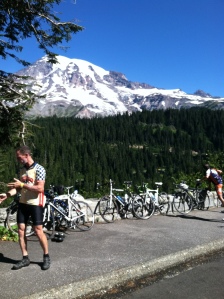 So what’s next? REST! My knees still haven’t fully recovered, so I have to take it easy on the bike right now. I’ve never had any type of chronic pain, so I’m expecting this to be short lived.

Next year’s goals? Well, I think I’ve done enough 100 milers for a lifetime! I’ve had so much fun on the downhills of every race, that I’m seriously considering going after Enduro Racing next year. I have a light-hearted season of 1hr cyclocross races to ponder next year’s big goals…..

Posted outside the bathrooms at the Capitol Forest race 🙂